In this Video, I am going to discuss How to Create, Register, and use Custom Middleware Components in ASP.NET Core Application. Please watch our previous Video where we discussed Run. Next, Map, and Use Extension methods in ASP.NET Core with examples. In fact, we are also going to work with the same example that we created in our Run, Next, and Use Extension Methods Video.

While working with the real-time applications in ASP.NET Core Web API, it is a common requirement to create Custom Middleware Components. So, let us add a new class file to our project. It is this class file that is going to contain the logic. So, right-click on the project name and then select add => class as shown in the below image. 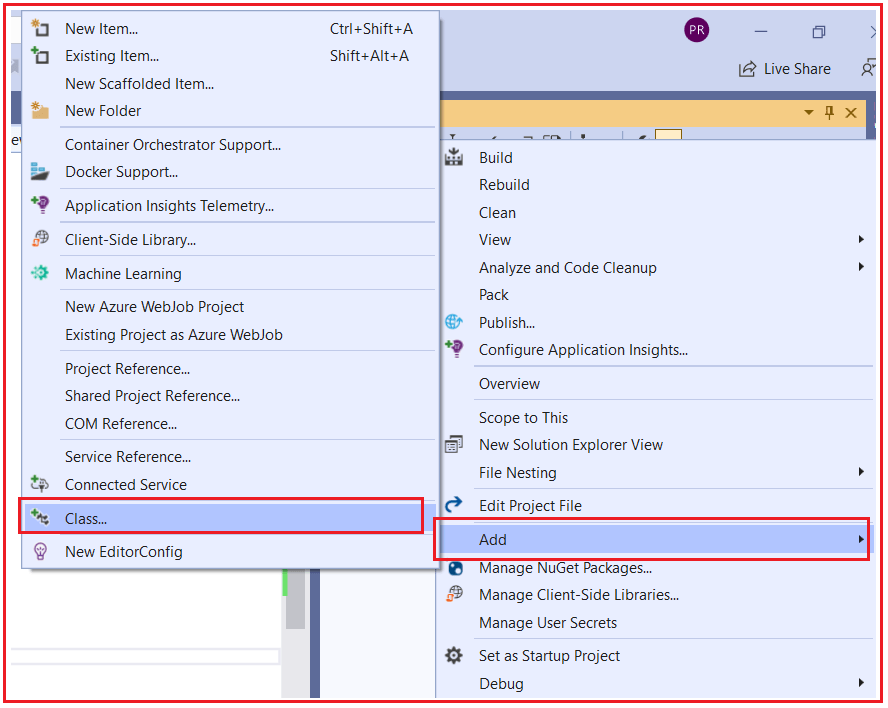 From the next add new class screen, select the class template and provide the class name as MyCustomMiddleware1 and then click on the Add button as shown in the below image. 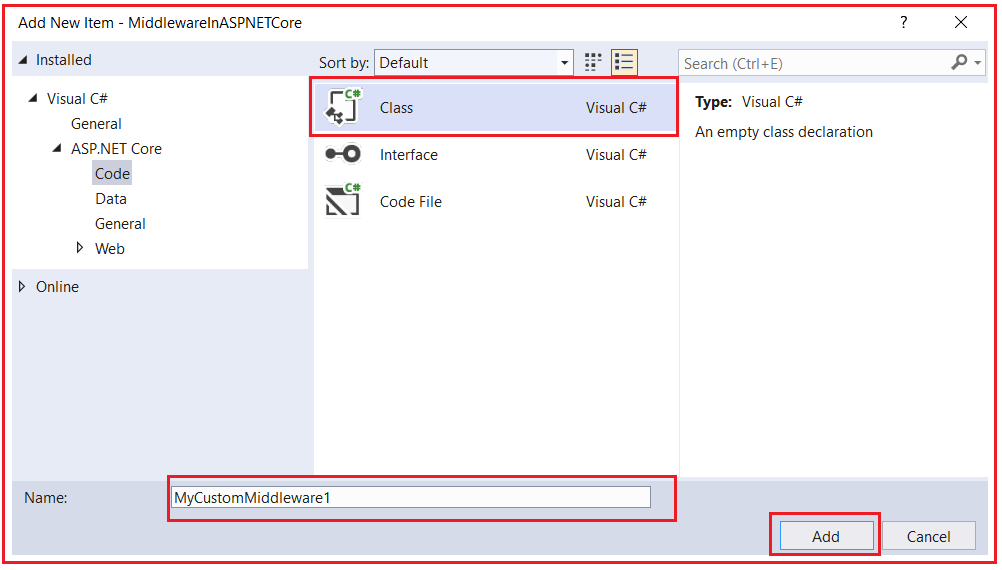 Note: While calling the next method from any custom middleware components, we need to pass the context object and that you can see in the above code.

Step1: Inject the service to the built-in dependency injection container

Now save the changes and run the application and you should get the following response in the browser as expected. 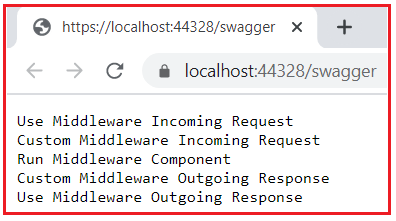 Points to Remember while working with ASP.NET Core Middleware:

In this article, I am going to discuss the Files and Folders which are created by default when we create a new ASP.NET Core Web API Application. Please read our previous article where we discussed How to Create, Build, and Run ASP.NET Core Web API in Visual Studio 2019.
8-Mar-2022 /43 /618
﻿