What is Raspberry Pi?. The Complete Internet of things (IoT) Developer Course 2022 [Videos].

The Raspberry Pi is a very small computer that is almost the size of your credit card. It costs between Rs 750 and Rs 4000. It can function as a proper desktop computer or use to build smart devices and is available anywhere in the world.

The Pi changed into what initially was meant to be a microcomputer to teach kids coding. Its scope can expand after hobbyists and engineers noticed its capacity, and its far now one of the most famous objects inside the international era. The Raspberry Pi Foundation was formed in the year 2008 after a group of technicians and academics who were concerned about students interest gradually drifting and declining in computer sciences. So they came up with a low-cost computer as a solution to inspire children and make it more accessible.

The basic motive was that these tiny computer systems might allow for very basic and simple programming. Its low electricity utilization and value expect to make Pis more easily to be used in school rooms. Why is it called Raspberry Pi?

The “Raspberry” name is a homage to computer companies in early times that were being named after a fruit, like Apple, Apricot Computers, Tangerine Computer Systems. The idea to make a small computer to run only the Python programming language is where the “Pi” derives from. When was IoT Raspberry Pi launched?

The first Raspberry Pi unit which was available commercially was launched on February 19, 2012. This version featured 256MB of RAM, could run on Linux-based desktop operating systems, had one USB port, and no Ethernet port. This was named the Model A.

IoT Raspberry Pi models can be confusing because there are so many of them and there are two levels to the naming system.

The power and features indicate by model A, A+, B, and B+. Its not like grades though, A is lower than B.

Where is IoT Raspberry Pis used?

IoT Raspberry Pi can be used in a wide variety of tasks. Its ideal and best suitable for projects where there is a computer requirement but you dont require much processing power, you want to keep the costs low and want to save on space. Heres a brief list of some ideal uses of the Pi. 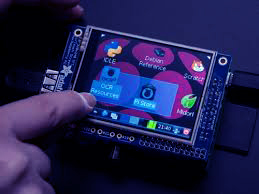 Where Can I Buy a Raspberry Pi?

IoT Raspberry Pi can be brought through three official partners, but there are also third-party sellers in the market like Amazon, eBay, or other retail stores. Here are the official stores:
RS online
Element 14
Think Allied

So, this was all about IoT Rasberry Pi Tutorial for Beginners. Hope you like our explanation.

Hence, in this IoT tutorial, we discuss what is IoT Rasberry Pi and where it launched. In addition, we learned the difference between Raspberry Pi Models in IoT and how to buy Raspberry Pi. Still, if any doubt, ask in the comment tab.

In this Video, I am going to discuss the What is internet of things (IOT) in Internet of things (IoT) with examples. The internet of things, or IoT, is a system of interrelated computing devices, mechanical and digital machines, objects, animals or people that are provided with unique identifiers (UIDs) and the ability to transfer data over a network without requiring human-to-human or human-to-computer interaction.
25-jan-2022 /24 /672

FEATURE Ultimate IoT implementation guide for businesses IoT can offer many benefits to the enterprise, but it can be a challenge to implement. Learn the requirements and use best practices for a successful deployment.
26-jan-2022 /24 /672

Although the risks are generally well understood, the sheer volume and diversity of IoT devices requires a greater level of attention and control than a business might otherwise exercise.
26-jan-2022 /24 /672
﻿