What is a Kestrel Web Server?

As we alwatchy discussed ASP.NET Core is a cross-platform framework. It means it supports to development and run applications on different types of operating systems such as Windows, Linux, or Mac.

The Kestrel Web Server is generally used as an edge server i.e. the internet-facing web server which directly processes the incoming HTTP request from the client. In the case of the Kestrel web server, the process name that is used to host and run the ASP.NET Core application is the project name.

How to run the application using Kestrel Web Server?

Before using the Kestrel server to run our application, let us first open the lauchsetting.json file which is present inside the Properties folder of your application. Once you open the launchSettings.json file you will find the following code by default. 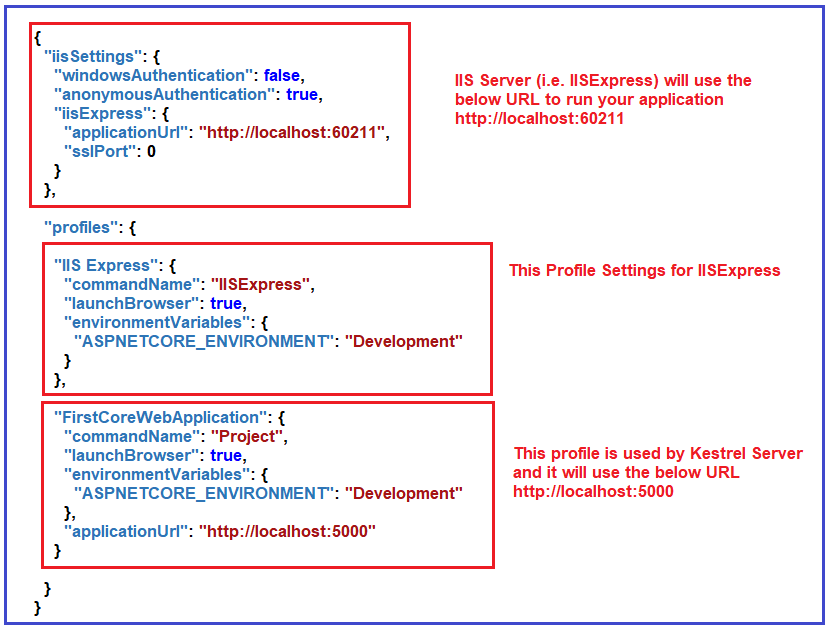 In our upcoming Video, we will discuss lauchsetting.json in detail. But for now, just have a look at the Profiles section. Here, you can see, we have two sections. One is for IIS Express (IIS Server) and the other one is for the Kestrel server. In visual studio, you can find the above two profiles (IIS Express and FirstCoreWebApplication) as shown below.

In order to use the Kestrel server to run your application in Visual Studio, first, you need to select the FirstCoreWebApplication profile as shown below.

Secondly, it opens the default browser and listening to that URL and Port Number as shown below.

We can also run the ASP.NET Core application from the command line using the .NET Core CLI. The CLI stands for Command Line Interface.

First. open the command prompt and type “dotnet —” and press enter as shown below.

Once you type the “dotnet —” and click on the enter button then you will find lots of commands as shown below. 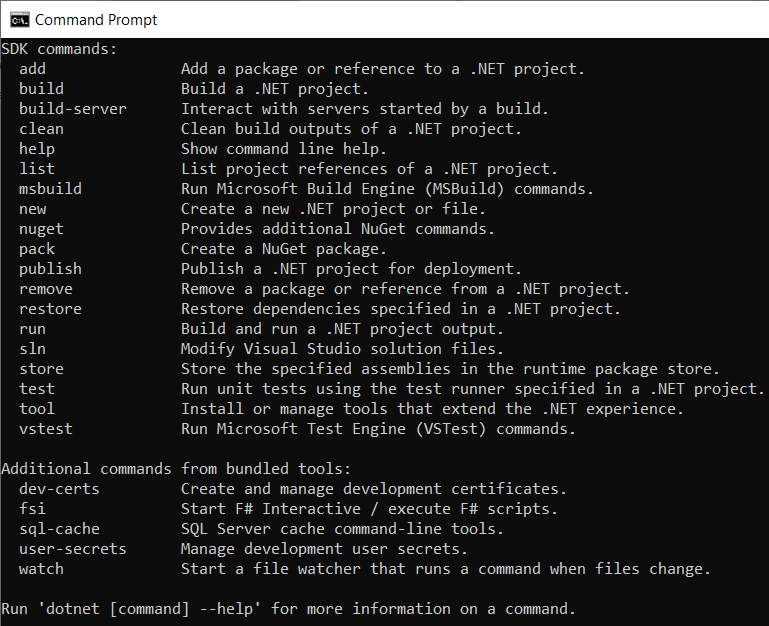 Using the CLI (above commands)

Lets see how to run a .NET Core application using the .NET Core CLI command. To do so please follow the below steps

First, open the Windows Command Prompt. To do so, open the run window and then type cmd and click on the enter button which will open the command prompt. Then you need to change the directory to the folder which contains your asp.net core application. My project is present in the “D:ProjectsCoreFirstCoreWebApplicationFirstCoreWebApplication” folder so I change the current directory to my project file by using the following command.

Once you change the directory to your project folder, then execute the “dotnet run” command as shown in the below image.

Once you type the dotnet run command, press the enter key, then the .NET Core CLI builds and runs the application. It also shows the URL and you can use this URL to access your application as shown in the below image.

.Here, in my case, the application is available at http://localhost:5000. If you remember this port is configured in the launchSettings.json file of your application inside the FirstCoreWebApplication profile which is nothing but the profile for the Kestrel server. Now open the browser and navigate to the http://localhost:5000 URL and It should display the worker process name as dotnet as shown below. 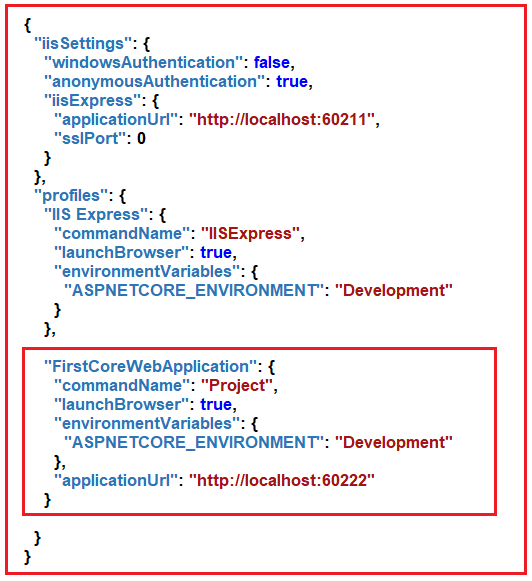 Now, save the changes and run the application using Kestrel Server and you should see the changed port number in the URL.

What is ASP.NET Core?

What is ASP.NET Core Framework?

ASP.NET Core is a cross-platform, high-performance, open-source framework for building modern, cloud-enabled, Internet-connected apps. With ASP.NET Core, you can: Build web apps and services, Internet of Things (IoT) apps, and mobile backends. Use your favorite development tools on Windows, macOS, and Linux.
27-jan-2022 /16 /232

How to Setup ASP.NET Core Environment ?

ASP.NET Core is a cross-platform, high-performance, open-source framework for building modern, cloud-enabled, Internet-connected apps. With ASP.NET Core, you can: Build web apps and services, Internet of Things (IoT) apps, and mobile backends. Use your favorite development tools on Windows, macOS, and Linux.
27-jan-2022 /16 /232
﻿