How to use Bootstrap with Angular?. The Complete Angular Developer Course 2022 [Videos].

Bootstrap is an open-source repository that provides a couple of native angular widgets which are built using Bootstrap 4 CSS. As we know Bootstrap is one of the popular CSS framework which is used to build stylish and modern applications, which has HTML, CSS and JavaScript libraries.

So, open visual studio code terminal window or you can even use windows command prompt and then navigate to the project folder and type npm install bootstrap@3 jquery –save command and press the enter button as shown in the below image. As Bootstrap have dependency on Jquery, so the below NPM command will install both Bootstrap and Jquery.

You can find the following bootstrap folder structure inside the node_modules folder. 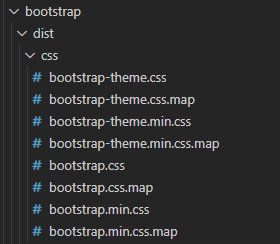 You can find the following JQuery folder structure inside the node_modules folder. 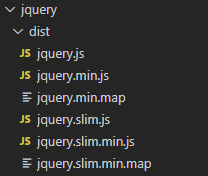 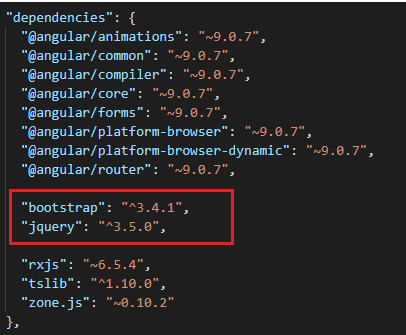 In order to register bootstrap file, we need to include the path of Bootstrap CSS file in the styles array. Remember from Angular 6 onwards, the Angular CLI configuration file is renamed to angular.json from angular-cli.json. As we are working with angular 9, so you will find angular.json ffile. Open this file and modify the styles array as shown in the below image.

Bootstrap depends on jQuery for some of its features. If you want to use those features, then please include the path to jQuery and Bootstrap jQuery files in the scripts array in the angular.json file as shown in the below image.

Open styles.css file and then copy and paste the following code.

/* You can add global styles to this file, and also import other style files */
@import "~bootstrap/dist/css/bootstrap.min.css";

Let modify the app.component.html file as shown below to create a simple button using bootstrap classes.

At this point save all the changes, and run the application and you should the button element styles with bootstrap css as shown in the below image.

Angular is an open-source front-end development platform developed by Google that makes it easy to build Mobile and Desktop web applications. Angular now comes with the latest features such as templates, dependency injection, Forms, Pipes, HTTP Service, component, Directives, etc. which are basically needed to build a complex and sophisticated application that lives on the web, mobile, or the desktop.
7-Feb-2022 /35 /402

In this article, I am going to give a brief introduction to Angular Framework. At the end of this article, you will understand the following pointers in detail.
7-Feb-2022 /35 /402

In this article, I am going to discuss Angular Versions and Versioning in detail. Please read our previous article where we gave a brief introduction to the angular framework. At the end of this article, you will understand the different angular versions and in each version what are the new features introduced as well as what improves. Till now Google has released 7 versions of angular, they are as follows:
7-Feb-2022 /35 /402
﻿